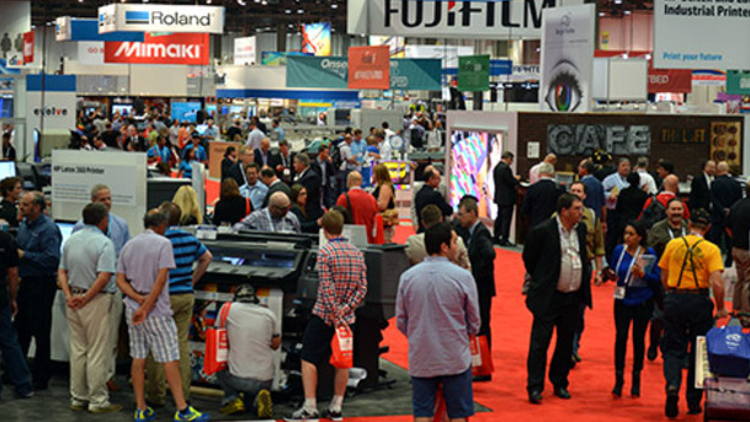 Exposition industry publications Trade Show News Network (TSNN) and Trade Show Executive (TSE) have recognized the 2018 SGIA Expo as one of the largest and fastest-growing trade shows in the country.

“This recognition from the exposition industry testifies to the solid foundation SGIA has built and which will be in place for PRINTING United. We’re looking forward to continuing on this path with PRINTING United, which will expand and better meet the needs of the printing industry as a whole when it opens in October,” said Ford Bowers, President & CEO, SGIA.

With 290,150 net square feet of exhibit space, 612 exhibitors and more than 24,000 registrants, the final edition of the SGIA Expo ranked No. 62 on the TSNN Top 250 list, and was named to the TSE Fastest 50 lists recognizing growth in net square feet of exhibit space and attendance. These rankings place the SGIA Expo in the top tier of the 8,000–10,000 business-to-business exhibitions held annually.

In 2014 alone, there were 9,422 business-to-business exhibitions, according to the 2015 Center for Exhibition Industry Research. TSNN ranks about 8,000 trade shows according to exhibit space annually; TSE annually recognizes the significant shows that, in the previous year, posted the highest growth rates in three key metric categories: net square feet of exhibit space, number of exhibitors and total attendance.

PRINTING United (Dallas; October 23 - 25) will expand upon the success of the SGIA Expo with a special focus on the opportunities that are revealed by the convergence of market segments.

“Printing industry trade shows have traditionally honed in on a single, specific market segment. But our research shows that’s not how print service providers are focusing their businesses. We’ve found 95% of printers see opportunity for expansion within and outside their primary market segments,” Bowers said.

As a result, PRINTING United will take a broader approach, with exhibitors, attendees and educational sessions representing all areas of the printing industry, including garment decorating, commercial printing, graphics and sign, graphics installation, functional printing and in-plant printing.

“PRINTING United will better reflect the forces shaping the larger printing community,” Bowers added. “With that diversity will come opportunities and new ideas that can be the impetus for future growth.”
The show floor, which is 14% larger than the 2018 SGIA Expo, is already over 90% sold out.