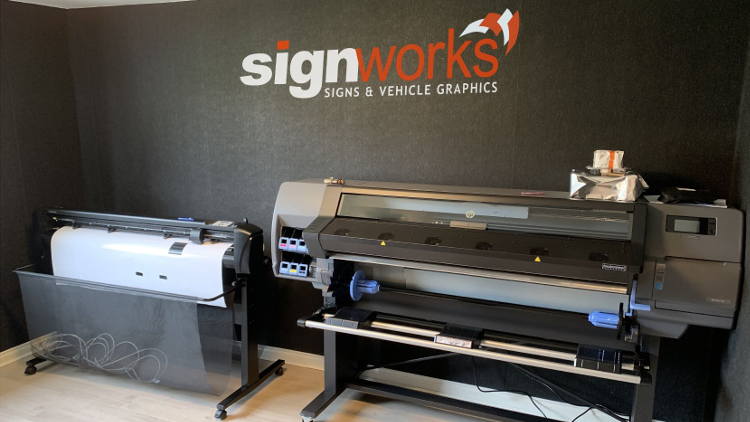 Signworks has taken delivery of a new HP Latex 315 print and cut solution following months of research on finding the perfect printer - including hours of YouTube videos providing the print community's opinions on the technology.

Cameron Philson launched Signworks in 2008, having been in the trade since 2003. Based in Moray, his customers range from independent business owners to the local authority to large renewable energy companies. Typical work is retail signage, magnetic panels, banners, stickers and flat-cut letter signs.

As such Signworks required a reliable, versatile wide-format printer to boost production speeds with little maintenance, to replace an older printer from another brand. Additionally, as Cameron works out of his own home, the ideal system would have a small and efficient footprint. He spent several months researching the options and, instead of immediately calling a technology reseller, first sought out the unbiased opinions of other print professionals across the world.

"I spent a lot of time on YouTube, listening to the reviews of different sign-makers," Cameron Philson, Owner and Manager of Signworks, explains. "Normally these guys tell the truth, and they all said HP Latex 315 was a great machine."

The HP Latex 315 combination print and cut solution was installed in August 2019 by authorised HP reseller Papergraphics. Since then, Cameron has added his positive review to the hundreds he had already discovered.

"Print is only a small part of my business so the printer is not used every day. The HP's water-based inks won't dry up over a few days, which is very important for maintenance and start-up times," he says.

"I also like the front-loading capability as this is a great space-saving feature, and the software which allowed my existing files to be integrated straightaway. You're also guided through the printing process which adds to its ease of use. It really is a fantastic machine - it does what it says on the tin."

Signworks initially began using the HP Latex 315 for the production of banners and self-adhesive vinyl for application onto aluminium and PVC signs, but has since found the combination solution's cutting feature, ideal for stickers and labels, to be an 'added bonus'.

"Previously I had to outsource sticker and label work to another business an hour away, who cut by hand," he says. "Now I can cut those while printing another job at the same time, and the barcode system for cutting is just perfect. The HP also serves as a back-up cutting system for my existing 600mm standalone plotter should I need it." 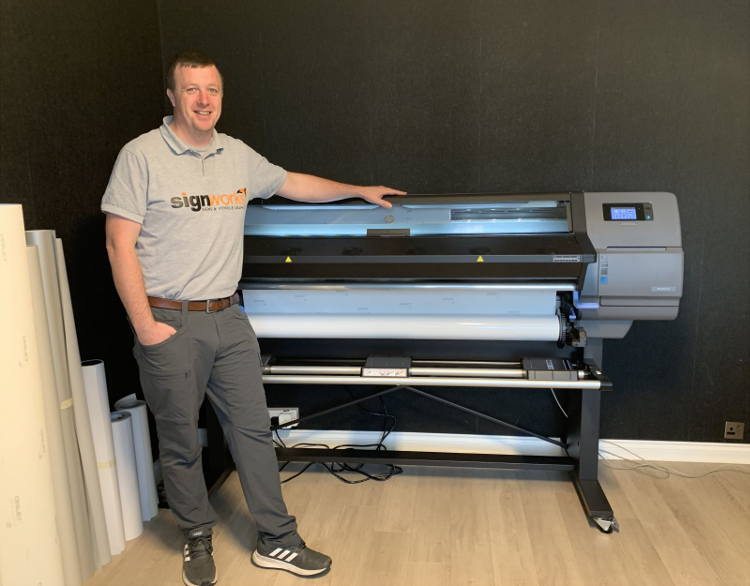 He adds that while the service from both HP and Papergraphics has been 'fantastic', he still takes to YouTube for any extra information or guidance he might need.

"The tutorial videos on the HP Support channel are great, really helpful," he says. 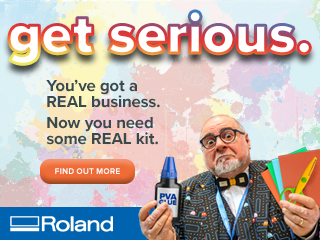